Zinc is an essential mineral that is involved in numerous aspects of cellular metabolism. It is required for the synthesis of protein and DNA as well as playing an important role in immune function, wound healing and cell division. It also supports normal growth (during pregnancy and in childhood) and is necessary for a proper sense of taste and smell.

For optimum health, a daily intake of zinc is required because the body does not store the mineral. Furthermore, although it is present in a number of foods, much of this zinc is lost in processing or is only present in insubstantial amounts due to nutrient-poor soil. It has also been observed that only around 20% of the zinc present in the diet is actually absorbed by the body. 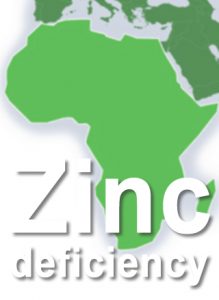 Zinc deficiency is a major problem, particularly in the developing world where it is estimated to affect around 2 billion people. It is also prevalent where a large part of the diet consists of unleavened bread, such as Iran and other Middle East countries.

Some serious conditions can be attributable to a lack of zinc in the diet. These include:

Intake of zinc has also been connected with prostate health and zinc deficiency with enlargement of the prostate gland.

There are some symptoms that can be a telltale sign of a zinc deficiency. These include:

Zinc is found throughout the human body with around 60% occurring in the muscles, 30% in bone and about 5% in the skin. Zinc is also found in more highly concentrated quantities in the prostate gland and semen. As semen contains 100 times more zinc than is found in the blood it follows that the zinc intake required by men is greater than that needed by women. In addition, the more sexually active a man is, the higher intake of zinc he will require. The recommended amounts of zinc for adult men are around 1/3 higher than those for women. 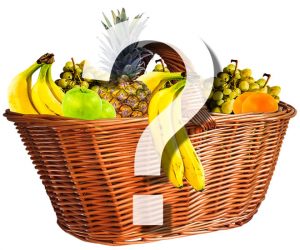 How Much Zinc Do We Need?

Which Foods Provide a Good Source of Zinc?

Zinc is present in a wide variety of foods, and is most abundant in many protein-rich foods of animal origin. A vegetarian or vegan diet often contains less zinc than a meat based diet and so it is important for vegetarians and vegans to eat plenty of foods that are rich in this vital mineral.

Good sources for vegetarians and vegans include beans and lentils, yeast, nuts, seeds and wholegrain cereals. Pumpkin seeds are one of the most concentrated non-animal food sources of zinc. 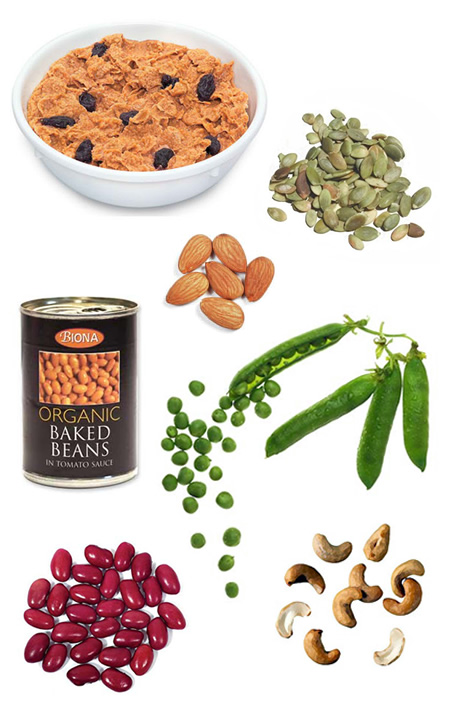 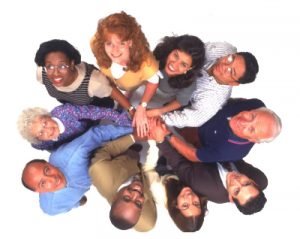 Zinc and the Sex Drive

It is known that zinc plays an important part in helping to maintain prostate health, but a deficiency of it has also been shown to adversely affect the sex drive of men. It has been reported by some men that a flagging libido has been revived by boosting the level of zinc in their diet, which would seem to confirm that the oysters’ reputation as an aphrodisiac is well deserved as this shellfish is one of the richest sources of zinc.

Breast feeding women, elderly people, those with a high alcohol intake and diabetics may all benefit from ensuring that they are getting an increased level of zinc in their diet. Likewise, men who have prostate problems (or are keen to maintain their prostate health) would also be well advised to ensure that their zinc intake is adequate. Women suffering from irregular menstruation may also find it beneficial to try supplementing their diet with zinc as this may help to establish a regular cycle. 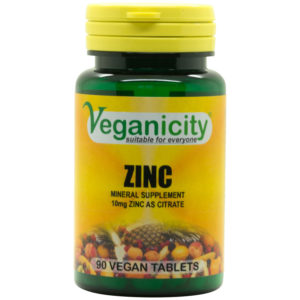 When selecting and taking a zinc supplement there are several things to be aware of. Firstly, not all forms of zinc are equally well absorbed. Zinc Citrate (like Veganicity Zinc or Vega Zinc Citrate) is one of the better forms for being absorbed and utilised by the body.

Adding extra zinc to your dietary intake will increase your need for vitamin A. Zinc works best when there is an adequate supply of vitamin A, calcium and phosphorus.

As always, you should consult your doctor first if you are planning to undertake a new supplement regime and you are taking any form of medication or if you have any concerns regarding any symptoms.