Magnesium is a mineral needed by every cell in the human body and is required for more than 300 biochemical reactions that take place within each and every one of us. Around half of the body’s magnesium is found inside the cells of body tissues and organs, and half is combined with calcium and phosphorus in bone. Only a very small amount, approximately 1%, is found in the blood. The human body regulates the level of magnesium in the blood to keep it at a fairly constant level.

Magnesium plays a vital role in the formation of bones and teeth. It is also involved with transmitting nerve signals and causing muscle contractions. Magnesium helps the body process fat and protein, and is important for the secretion of parathyroid hormones. 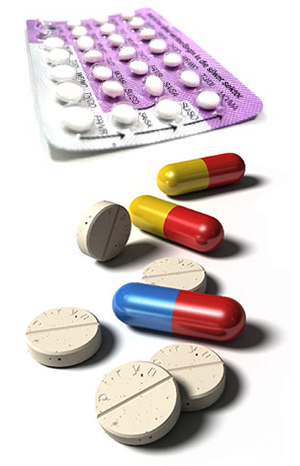 Dietary surveys suggest that many people don’t consume magnesium in the recommended amounts. However, some groups of people are more prone to magnesium deficiency than others.

7 out of 10 women in the UK are reported as having an inadequate intake of this important mineral. Along with zinc this is the most frequent mineral deficiency found in the UK population. Symptoms for magnesium deficiency include tiredness, weakness, loss of appetite, arrhythmia, anaemia, cramps, mood swings, irritability, lethargy and depression. 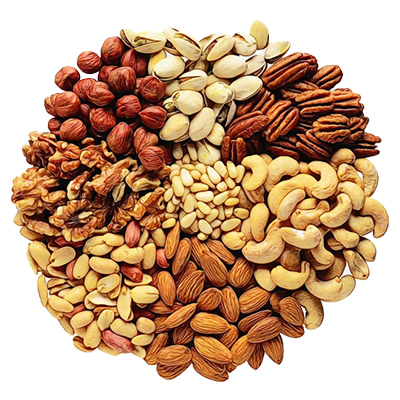 Which Foods Provide a Good Source of Magnesium?

Green leafy vegetables such as spinach provide magnesium as chlorophyll contains magnesium. In addition, nuts, seeds, beans and some whole grains are also good sources of magnesium. Although magnesium is present in many foods, it usually occurs in small amounts. As with most nutrients, daily needs for magnesium cannot be met from a single food. Eating a wide variety of foods, including five servings of fruits and vegetables daily and plenty of whole grains, can help to ensure an adequate intake of magnesium. Making some simple changes to your diet can also help. Whole-wheat bread, for example, has twice as much magnesium as white bread because the magnesium-rich germ and bran are removed when white flour is processed.

However, our fast-paced modern lifestyles and reliance on many refined foods (which tend to have a low magnesium content) mean that many of us are not getting enough magnesium in our diet. For athletes and sportsmen and women in particular this can be extremely important as magnesium has a pivotal role in both anaerobic and aerobic energy production, particularly in the metabolism of adenosine triphosphate (ATP), the ‘energy currency’ of the body. For the rest of us a deficiency of magnesium may just lead to regular feelings of tiredness or fatigue. 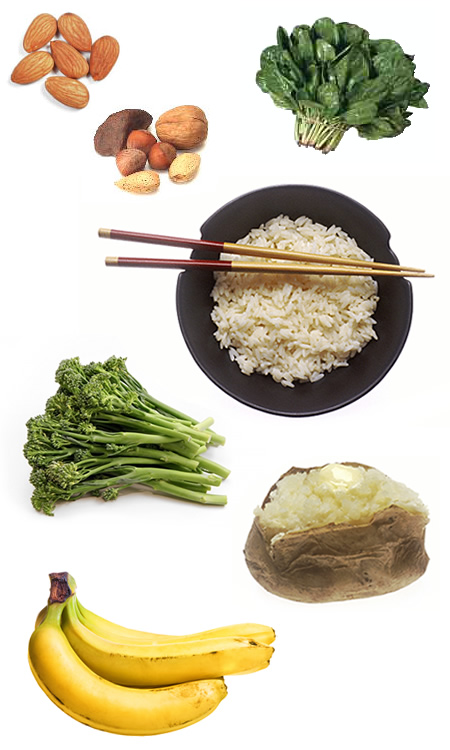 Magnesium deficiency can cause metabolic changes that may contribute to heart attacks and strokes. There is also evidence that low body stores of magnesium increase the risk of abnormal heart rhythms, which may increase the risk of complications associated with a heart attack. Population surveys have associated higher blood levels of magnesium with lower risk of coronary heart disease.

In addition, some dietary surveys have suggested that a higher magnesium intake is associated with a lower risk of stroke. Further studies are needed to understand the complex relationships between levels of magnesium and heart disease. 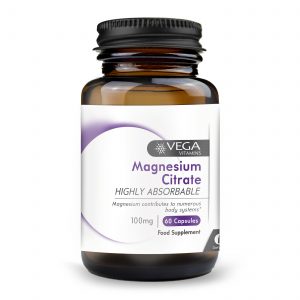 When choosing and taking a magnesium supplement there are a few things to be aware of. Firstly, not all forms of magnesium are equally well absorbed. Magnesium Citrate (like Vega Magnesium Citrate) is one of the best forms for being absorbed by the body.

Finally, you should consult your doctor first if you are already being treated for arrhythmia (irregular heart rhythm.)